Despite rain and cold temperatures, today’s opening of the new White House Farmer’s Market drew quite a crowd.

“I’ve never seen so many people so excited about fruits and vegetables!” First Lady Michelle Obama told the crowd gathered on the White House lawn.

Agriculture Secretary Tom Vilsack turned out for the Market’s debut, along with White House chefs Sam Kass and Bill Yosses. The White House Farmer’s Market will run through the fall.

Mrs. Obama selected some fresh produce from The Farm at Sunnyside, an organic producer from Rappahannock, Va. “A farmer’s market is not just about vegetables, it’s about community,” said the First Lady, who was, in fact, the First Customer.

LOUISVILLE, Ky. – Colonel Sanders' handwritten recipe for fried chicken was back in its Kentucky home Tuesday after five months in hiding while KFC upgraded security around its top corporate secret.

Nothing went afoul when the recipe was returned from an undisclosed location to KFC's headquarters late Monday in a lockbox handcuffed to the wrist of a security consultant.

KFC President Roger Eaton was visibly relieved when the door to a new electronic safe was shut with the single sheet of yellowing paper stashed inside. "Mission accomplished," he said.

"It was very nerve wracking," Eaton said later of the recipe's hiatus from a vault where it has been kept for decades. "I don't want to be the only president who's lost the recipe."

The recipe lays out a mix of 11 herbs and spices that coat the chain's Original Recipe chicken, including exact amounts for each ingredient. It is written in pencil and signed by Harland Sanders.

The iconic recipe is now protected by an array of high-tech security gadgets, including motion detectors and cameras that allow guards to monitor the vault around the clock.

"It's like an onion of security — many layers," said security expert Bo Dietl, who brought the recipe back to the building.

Thick concrete blocks encapsulate the vault, situated near office cubicles, that is connected to a backup generator to keep the security system operating in times of power outages.

"I can guarantee you, once it's in there, it will be safe," Dietl assured Eaton.

The recipe is such a tightly held secret that not even Eaton knows its full contents. Only two company executives at any time have access to the recipe. KFC won't release their names or titles, and it uses multiple suppliers who produce and blend the ingredients but know only a part of the entire contents.

"We've very comfortable with the security," Eaton said. "I don't think anyone can break into it."

Just how valuable is the recipe?

Thomas P. Hustad, professor of marketing at Indiana University's Kelley School of Business, said the recipe "goes to the core of the identity of the brand." The recipe, along with the man who created it, conjure images for the chain that help set it apart in the minds of customers, he said.

"I would say that the heritage value is just as high for this secret recipe as the stories around the Coke formula," Hustad said by phone Tuesday. "I guess I'd put the two of those at the top of the pyramid."

Dietl said the security measures he installed replaced an "antiquated" system. For years, the recipe was kept in a filing cabinet equipped with two combination locks in the vault.

"The colonel could have used a pry bar to open that thing up," Dietl said.

Sanders developed the formula in 1940 at his restaurant in southeastern Kentucky and used it to launch the KFC chain in the early 1950s. Sanders died in 1980, but his likeness is still central to KFC's marketing.

The chain is hoping to revive sluggish U.S. sales with the launch of a value menu and an April rollout of a new grilled chicken product aimed at health-conscious consumers. 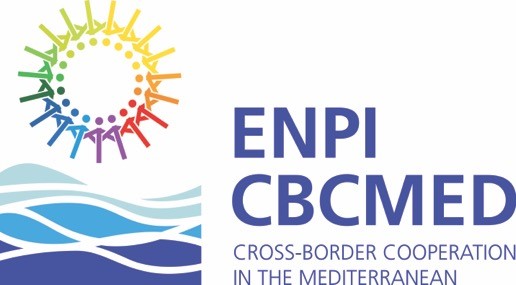